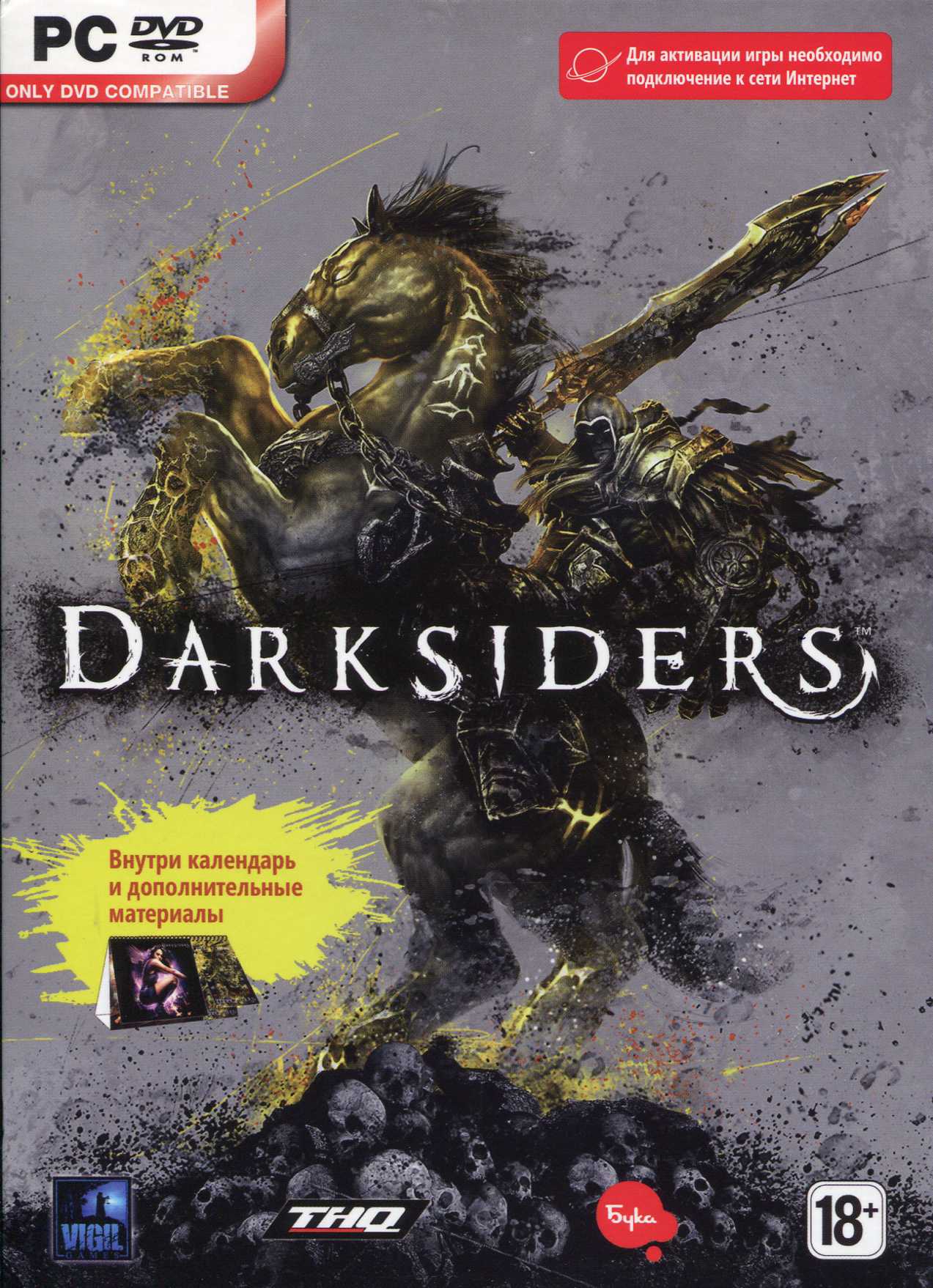 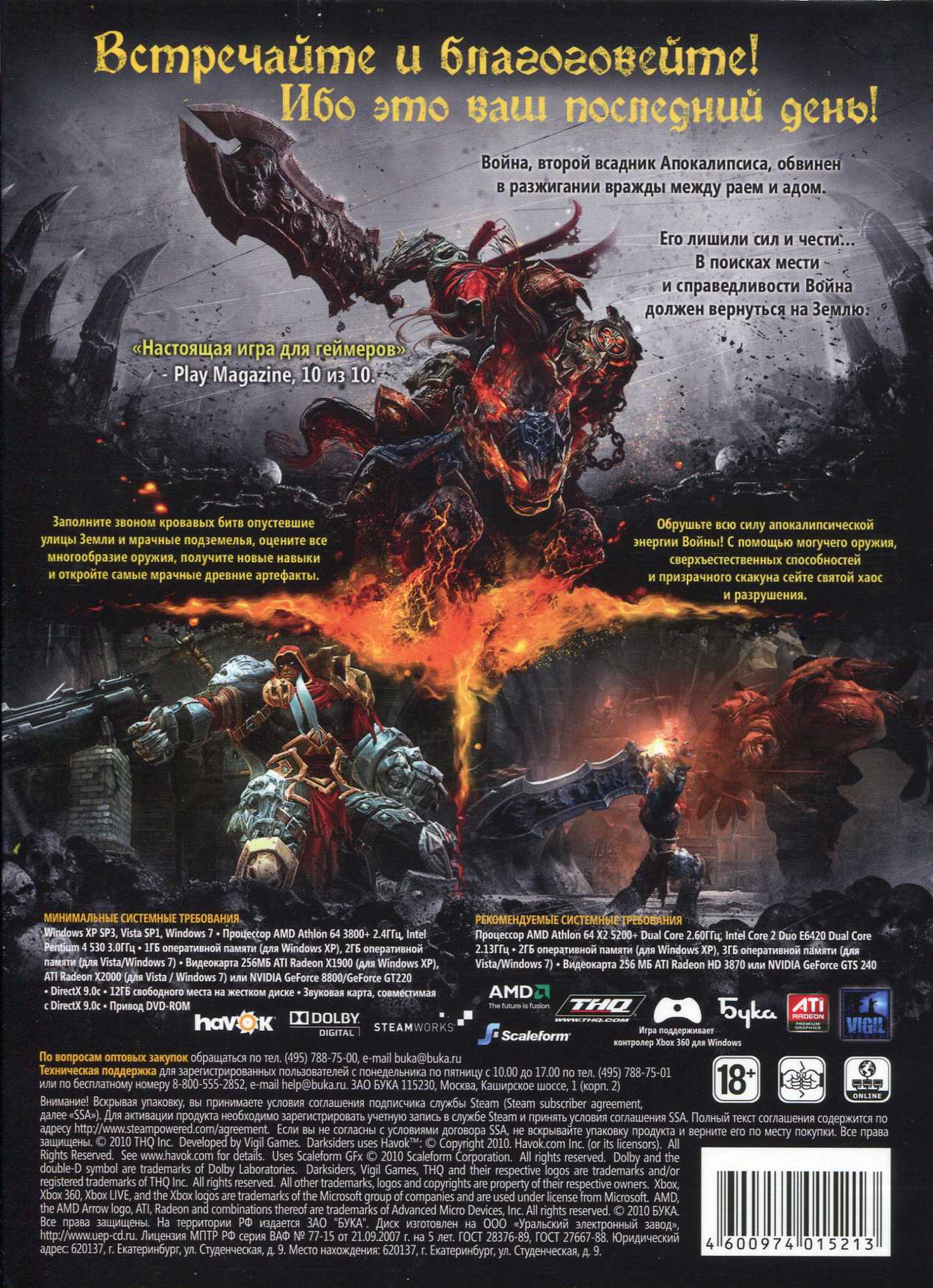 Uploaded: 18.01.2020
Content: darksiders_0075.txt 0,03 kB
Loyalty discount! If the total amount of your purchases from the seller servicesoft more than:
If you want to know your discount rate, please provide your email:

After payment, you receive a link on which to get the license key (CD KEY) from the box with the game Darksiders from the official supplier - the company "Buka", for activation in the STEAM system.

1. You must download and install Steam http://store.steampowered.com/ (if not already installed)
2. Register a new account on Steam or go to an existing one.
3. Go to "My Games" and select "Activate via Steam", enter the key.
4. The game after activation appears in the list of games and you can download it from Steam.
5. Enjoy the game.

You are War, and your only task is to bring the Apocalypse into the world of people, to sow death and to be a penalty of God on Judgment Day. And then this hour has come, you have been called ... but what is this? Coming to the ground, War sees devastation - Hell on earth, in the truest sense of the word! Demons and people clung to each other with a death grip and all this tangle of fire and death rolls over you. And in the end he kills the hand of the most powerful demon ... You are in Hell ...
After 100 years of imprisonment, the council rescues the War, but not to save it from punishment. They believe that it is the War that is to blame for everything and suggest correcting the current situation.
So begins the story of the struggle between Hell and Paradise, in which you have a key role. Who is the traitor? Because of whom was humanity destroyed before the time limit?