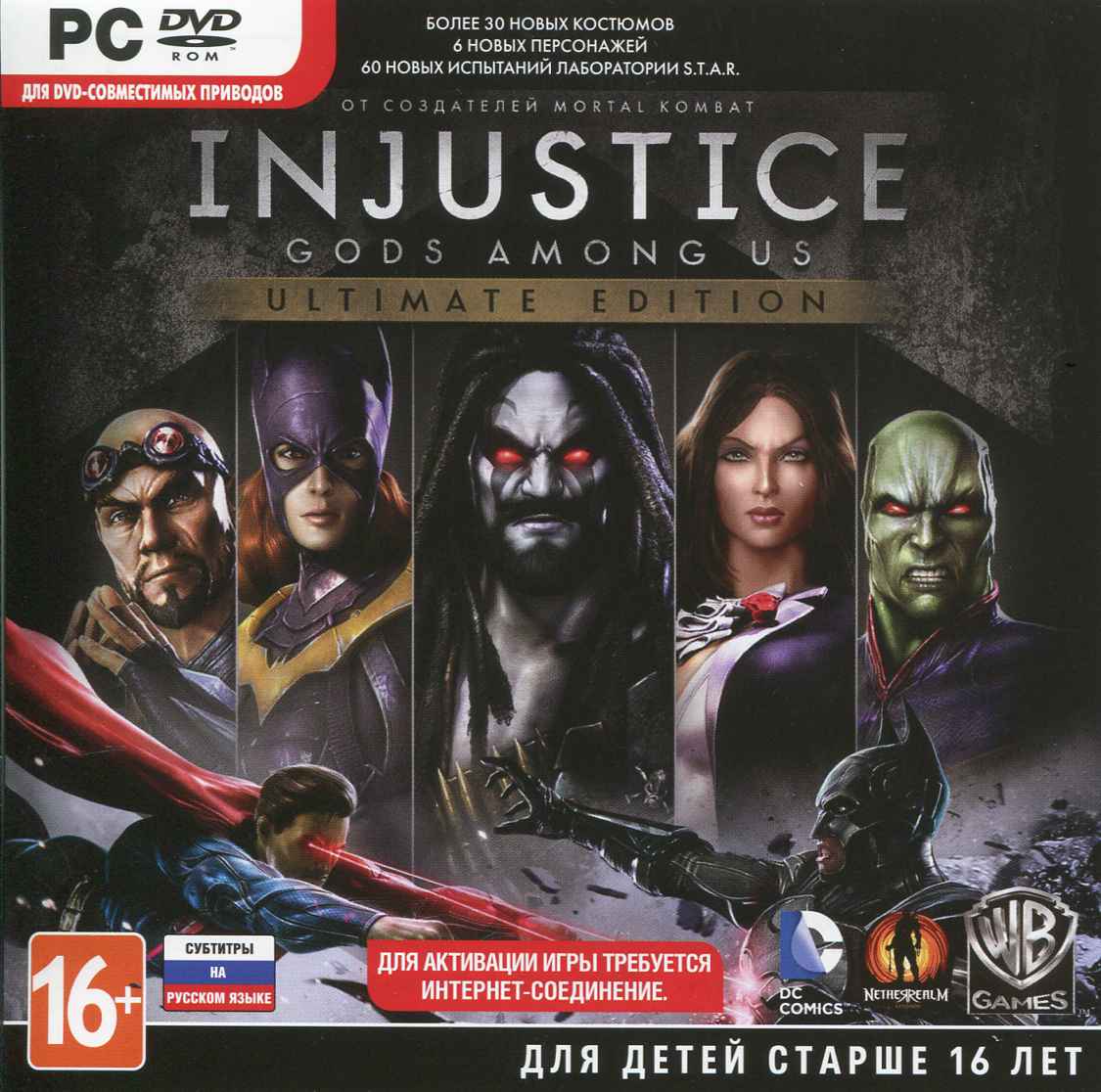 Uploaded: 09.09.2017
Content: injustice_gods_among_us_ultimate_edition_0030.txt 0,02 kB
Loyalty discount! If the total amount of your purchases from the seller servicesoft more than:
If you want to know your discount rate, please provide your email:

After payment you receive a link on which you can get the license key of the game Injustice: Gods Among Us. Ultimate Edition from the official supplier - the company "Buka", for activation in the system STEAM.

1. You must download and install Steam http://store.steampowered.com/ (if not already installed)
2. Register a new account on Steam or go to an existing one.
3. Go to the "My Games" section and select "Activate via Steam", enter the key.
4. The game after activation appears in the list of games and you can download it from Steam.
5. Enjoy the game.


Injustice: Gods Among Us The most complete edition of the company NetherRealm Studios is a bold innovative development in the genre of fighting games. In this powerful edition six new game characters, more than 30 new suits and new missions of the Laboratory STAR In this newest game from the award-winning studio, not only the iconic characters of DC Comics such as Batman, Joker, Green Lantern, Flash, Superman and Wonder Woman are waiting for you, but also a deep original story. In a world where the line between good and evil is blurred, heroes and villains will converge in battles of an epic scale.

Related to item "Injustice: Gods Among Us Ultimate Edition (Steam)RU/CIS":

I'll be back (I. Talkov) Sheet music and tabs for guitar

Injustice:Gods Among Us Ultimate Edition(Gift/RU+CIS)