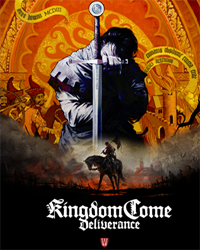 !! IMMEDIATE DELIVERY IMMEDIATELY AFTER CONFIRMATION BY YOU PAYMENT !!

After payment of the order, the system will automatically (without our participation) instantly send you
to the email link for downloading the license key to activate the game - Kingdom Come: Deliverance

Bohemia, located in the heart of Europe, is famous for its cultural traditions, silver reserves and many castles. After the death of the beloved ruler, Emperor Charles IV, dark times came for the kingdom: war, corruption and discord tear up this precious stone of the Holy Roman Empire.
One of Charles’s sons, Wenceslas, inherited his father’s crown. By contrast, Wenceslas is a naive, self-indulgent and non-ambitious monarch. His stepbrother and King of Hungary Sigismund the Red Fox feels weakness in his brother. Under the guise of an act of goodwill, Sigismund goes to Bohemia and kidnaps his half-brother. Without a king on the throne, Sigismund is free to rob Bohemia and seize its wealth.

Key activation:
1. Download and install Steam - http://store.steampowered.com/
2. Register a new account on Steam or go to an existing one.
3. Go to the "My Games" section and select "Activate via Steam", enter the key.
4. After activating the game appear in the list of games and you can download it from Steam.