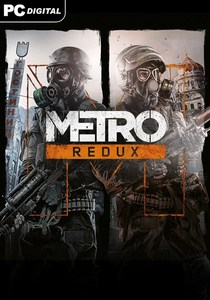 Loyalty discount! If the total amount of your purchases from the seller GameCod more than:
If you want to know your discount rate, please provide your email:

GameCod information about the seller and his items
offlineAsk a question

Every second buyer (in random order) of all our products leave positive feedback - receive one of the more than 40 different games to Steam. What? This you will find out when you receive your gift in the mail.
It can be activated in the "Steam".

For a gift you must:
1) Buy our game
2) Leave a positive feedback with a comment "I want a gift," and specify it in your E-mail
3) Expect.

Gift Newsletter is done within 48 hours after writing a comment.
Attention!! Gambling Review - You warrant that you have read all the conditions for a gift, and if something is not clear - ask.

ATTENTION! The key can not be activated in Origin.

In 2013, the world has fallen apocalypse, almost completely destroyed the humanity and transform the earth´s surface into a poisonous pustosh.Gorstka survivors took refuge in the depths of the Moscow underground, and mankind was plunged into a new Middle Ages.
Then came 2033. a whole generation has grown up under the ground. The besieged city stations are fighting among themselves for survival, but outside the cities roam horrible mutants.
Your name is Artyom. You were born in the last days before the earth was burned, but have grown under the ground. First you do not go beyond the city limits, but the fateful event caused you to go into a desperate journey to the center of the underground labyrinth, to warn the survivors of hanging over them monstrous threat.
From abandoned underground caves beneath your way will bring to the surface, in the wild abandoned land, where your actions will decide the fate of mankind.
But what if the real threat - internal?

In the yard in 2034.
Under the ruins of post-apocalyptic Moscow, in the tunnels of the underground remains of the human race fighting with death threats - external and internal.
Mutants sneak through the catacombs beneath the desert surface and hover in the skies poisoned.
But instead of unite the efforts of the city-station embroiled in a struggle for absolute power and doomsday device from the military warehouses D6. Brewing civil war can ever erase humanity from the face of the Earth.
In the role of Artyom, burdened by guilt but movable hope you own the key to survival - a ray of hope in this dark hour ...

<Delivery> This product is distributed through the digital distribution, represents the only pin and does not contain the packages and boxes. </ Delivery>


Do not miss hits, order from us))


Instructions on how to activate the key in Steam:

3. Download and install after a full run and play.


The easiest option just take friends license disk with the game or download any torrent tracker license an image, install the game with him, and when prompted enter the code purchased from us the key.


VNMANIE After activation serial key in steam, the key becomes invalid, ie re-use it is impossible.

Be sure to remember, and better write down all the details of your account! Without them you can not get access to the active games in the future.

We will be very grateful to positive reviews!

Thank you very much, your GameCode.


All of our products on the page http://gamecod.plati.market