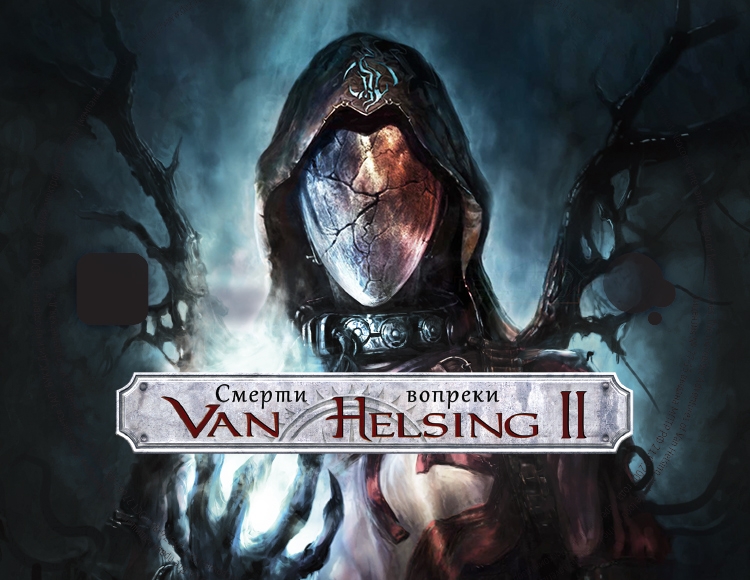 Loyalty discount! If the total amount of your purchases from the seller servicesoft more than:
If you want to know your discount rate, please provide your email:

Release Date: May 22, 2014
Age rating: 16+
Developer: NeocoreGames
Publisher: Buka Entertainment
Publisher of the Russian Federation:
Localization: Russian (interface and subtitles)
Activation System: Steam
Region: Russia, CIS
After payment you will receive a link where you can get a license key with the game Van Helsing 2. Death contrary to the official supplier - the Buka company, for activation in the STEAM system.

1. You need to download and install Steam http://store.steampowered.com/ (if not already installed)
2. Register a new account on Steam or go to an existing one.
3. Go to the "My Games" section and select "Activate via Steam", enter the key.
4. The game after activation appears in the list of games and you can download it from Steam.
5. Enjoy the game.


Description:
The mighty and mysterious evil hunter Van Helsing returns in the second part of his adventures. You have to open the door to the dark past of the fabulous country of Borgovia, where science and magic are intertwined in a powerful whirlwind, breaking destinies and changing the usual way of life. Together with your faithful companion, Lady Katarina, you will be entrusted with an important and difficult task to return the world to the troubled Borg lands.

Three playable classes - in the continuation of the previous adventure in the Gothic style, players will be able to choose from three very different classes: the usual Hunter with long and near skills, specializing in magic Thaumaturge or Arcane Mechanic - master of the deadly devices, they will all be available in the basic configuration of the game. As usual: good, bad and disgusting.
Expanded mini-game in the style of tower defense - enemies go in waves, so the player can defend the Hunter´s Lair and other strategically important points by setting traps and using several improved abilities to fight evil. The game mechanics are also improved, 7 game levels became available. The mini-game is available as a side optional quest.
Resistance Management - as the leader of the Borg Resistance, players will be able to set up allied units, improve the equipment of resistance fighters or find things that improve them.
Lair of the Hunter (Hunter’s Lair) - The lair returns in the continuation as an excellent shelter for players, allowing you to stack collected loot, trade with NPCs, teleport between locations, create new things, experiment with alchemy and take new tasks from allies who joined the Resistance to crazy scientists.
An expanded system of improving skills with Rage points - allows players to add up to three modifiers to 8 active skills by distributing Rage points received for impressive deeds.
Unique companions - Lady Katarina, a ghost with a very sharp tongue, comes to the aid of Van Helsing, owning his own set of skills, behavior and two branches of skills.
Fragment system - in addition to forging, enchanting and merging things with essences, players will be able to change equipment to their taste. Artifacts can be parsed into magical fragments. As a result, the main fragment is created, plus enchantments turn into separate fragments. Later, they can be turned into special magical runes, by applying them to a new thing, you will receive a powerful new artifact.
Monster in the Lair - Chimera - a unique creature created from ink, which players can find during the game. It will be possible to improve its characteristics and summon to the battlefield or send back to the ink in search of treasure.